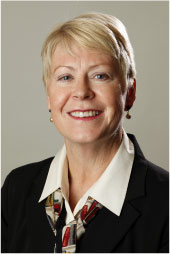 Legislative Director Mary Dixon provided testimony to the Senate Judiciary Committee on an amendment to Senate Bill 1123 on March 13th. This dangerous bill would permit religiously-based adoption agencies acting on behalf of the State of Illinois (and using STATE funds!) to discriminate against couples who have entered into a civil union and, as a consequence, place children at risk of being denied the best family placement for them. Read More. Download the fact sheet.

Thank you, Mr. Chairman and members of the committee. I am Mary Dixon, Legislative Director of the ACLU of Illinois. On behalf of the ACLU of Illinois and our 20,000 members across the state, we appreciate this opportunity to share our concerns about Senate Bill 1123. I am joined here today by the Chicago Bar Association, the Illinois Bar Association and many others in opposition to this legislation.

Our first concern is the well-being of children should SB 1123 become law. Currently, more than 15,000 foster children in the custody of DCFS come from homes where they have endured abuse or neglect. Many have emotional or behavioral challenges as a result. Today, DCFS wards, on average, are older and harder to place in stable homes than ever before. Many move from home to home, a predictable pattern that research shows worsens these vulnerable and fragile children’s prospects for success. Thus, any discriminatory policy that limits the number of qualified foster parents, risks harm to children.

Decades of research has shown that lesbians and gay men are qualified to parent and are just as capable of providing safe and loving homes for children as their heterosexual counterparts. Senate Bill 1123 could prevent a child from being placed with a loving aunt, grandmother or grandfather, who would be unacceptable to a private agency because unmarried and in a civil union.

The reduction of the pool of available foster and adoptive homes to children also presents a violation of the 14th Amendment Due Process rights of DCFS wards to be safe and adequately cared for, as required pursuant to the B.H. Consent Decree. B.H. is a class action lawsuit, filed in 1988 by the ACLU of Illinois, on behalf of all children who were or would be in DCFS custody and placed somewhere other than in the home of their parents. DCFS is required under the decree to make reasonable efforts to find permanent homes for children and to develop sufficient foster homes, including therapeutic or “specialized” foster homes.

Proponents of this legislation that allows a religiously affiliated agency to deny services to prospective foster or adoptive parents when they are parties to a civil union, have argued that the bill is merely a reasonable accommodation of their religious beliefs. We argue that state sanctioned discrimination is not a reasonable accommodation. We support the constitutional right of religious liberty and the right of each person to practice his or her religion, or not to worship, consistent with the demands of his or her own conscience. However, when a private organization, even a private religiously-affiliated organization, performs a quintessential government function, such as screening foster homes for licensure or caring for wards of the state, it must abide by the laws that bind the government. If the religiously-affiliated organization does not want to abide by those laws, it should exercise its choice not to accept those government duties. Abiding by the law is especially important in the child welfare realm. Children most often are wards of the state because the state exercised its authority to remove that child from his or her original home due to abuse or neglect. The placement of wards as foster children or for adoption is a continuation of the state parens patriae authority and must be handled in compliance with the U.S. and Illinois Constitutions and the laws of our state. These laws do not permit discrimination against unmarried persons in a civil union. If the state cannot lawfully discriminate when providing child welfare services, neither can agencies that function as delegates of the state when exercising a quintessential government function.

Questions have been raised about why some religiously affiliated hospitals are allowed to refuse to provide services that offend the religious doctrine of the church with which the hospital is affiliated and whether SB1123 is similar in its refusal to serve parties to a civil union. The distinction here is that while religiously affiliated adoption agencies stand in the place of the state in the services they render, hospitals do not. Furthermore, even Catholic hospitals are required under federal law, the Emergency Medical Treatment & Labor Act (EMTALA,) to provide emergency abortions if needed to preserve the life of the pregnant woman and the patient cannot be transferred safely. Unlike, the situation as to choosing a health care provider, a foster child has no choice as to which agency will serve him. Thus, agencies contracting with the state to provide social services must comport with laws that bind state actors. If the law is otherwise, the state becomes an enforcer of religious views, threatening the religious freedom of all individuals.
Senate Bill 1123 discriminates against unmarried persons in a civil union, including different sex couples in a civil union. Different sex couples can, if they so choose, marry under Illinois law. Since lesbian and gay unmarried persons in a civil union cannot marry under Illinois law, SB 1123 perpetuates a long history of discrimination against lesbian and gay couples. I am joined here today by representatives of all the lesbian and gay advocacy organizations in our state in opposition to legislation that perpetuates such discrimination.

Some questions have arisen regarding the result for Catholic Charities of enforcing the Constitution and laws if such enforcement means they will choose to no long provide foster care or adoption services. Catholic Charities and Lutheran Child and Family Services provide services to approximately 3000 children in Illinois. However, Catholic Charities stopped providing such services in Cook County a number of years ago after it lost a substantial judgment to a foster child represented by the Public Guardian. When this occurred, Ben Wolf of the ACLU of Illinois, Director of the Children and Institutionalized Persons Project and lead counsel in the B.H. case, and other ACLU lawyers, carefully monitored the transition of hundreds of children from their supervision by Catholic Charities into other agencies, pursuant to our monitoring authority under the B.H. Consent Decree. At the end of the process, DCFS was able to keep most of the children in the same foster homes , and sometimes, but not always, with the same caseworkers, who also mostly transferred to new agencies. Our experience effectively managing the transitions required when Catholic Charities decided, for its own reasons, to stop providing foster care and adoption services in Cook County, is similar to experiences of the state child welfare agencies in MA, Washington D.C. and San Francisco, when Catholic Charities chose to stop providing foster care and adoption services to those locales after same sex marriages or civil unions were allowed. In none of the places where civil marriages are permitted for same sex couples have religiously affiliated agencies been granted the broad exemption sought by SB1123.

Although the transition away from Catholic Charities was managed effectively in Cook County, it is our hope that all agencies providing foster care and adoption services will change discriminatory policies so as to best advance the mission of caring for children. In conclusion, I urge you to reject SB 1123, legislation that codifies state sanctioned discrimination.