Social media is replete with memes cheering the end of 2016. It has been a tough year in many ways; though, there have been some highlights, including -- according to many of my colleagues -- the Cubs winning the World Series. But the year also has provided a number of highlights in Illinois from a civil liberties perspective. So, as the year winds down to the last few days, here are ten positive civil liberties developments in Illinois during 2016:

1. Success in Springfield! Despite blaring headlines that our state government is completely dysfunctional and unable to work, we saw passage and enactment of major legislation advanced by the ACLU of Illinois this year. For example, as of January 1, 2017, Illinois will have the most meaningful guidelines on the use of so-called cell-site simulators or "Stingrays" by police. This technology can be used to monitor the whereabouts and activities of anyone carrying a smartphone. The New Year also brings important new protections for patients seeking health care. Under a new law, patients in Illinois now will have the opportunity to get full information about treatment options for themselves, even when their health care provider has a moral or a religious objection. Under another new law that the ACLU helped pass, a woman will have increased access to the birth control that is best for her, not simply the method that an insurance company decides to cover. And, finally, we are looking forward to seeing the civil enforcement of marijuana laws this year, all across the State of Illinois.

2. Maintaining services for our clients in the face of no state budget. Once again this year, Governor Bruce Rauner and the legislature were unable to negotiate an operating budget for the State of Illinois, outside of funding for education. While some played politics, we refused to let the situation create further hardship for our clients covered by federal consent decrees. Children in the child welfare agency (DCFS), children detained by the Juvenile Justice Department, and people with disabilities covered by our decrees continued to get the services that the state had promised in previous cases -- services necessary to meet a basic constitutional standard. We accomplished this, despite the fact that the Governor and his staff has expressed open hostility to consent decrees. Even faced with this type of criticism, we forged a new agreement with DCFS aimed at improving conditions for children in the years under the care of the Department. We know that court oversight through litigation is the only way to insure our clients get the services they deserve.

3. Police reform in Chicago. The ACLU has continued to push toward police reform in Chicago, something that our organization has been working on for generations. We met with City officials and helped shaped new ordinances that are designed to provide more public oversight and confidence in the Chicago Police Department, before those ordinances were presented to and passed by the City Council. Additionally, we continued to focus on implementing our agreement with the Police and the City designed to reform and check the use of stop-and-frisk in Chicago. The first reports are promising. Several news outlets report that the number of street stops in Chicago have fallen by more than 80% over last year. This means that thousands of young men are not being stopped and harassed by police in the City. The drop in stops also led to us having to publicly fight back against false claims of an ACLU "effect," namely claims by unnamed police officers that the reduced stops from our agreement had led to an increase in crime. This is something that no criminologist has ever thought true.

4. Winning the battle against religious refusals! In recent years, some have attempted to use the guise of religious liberty to continue discrimination, either against the LGBT community or others. The ACLU of Illinois has fought back against this discrimination based on religion. This year, we won a victory for our clients, Mark and Todd Wathen, from downstate Illinois who were denied the opportunity to host their civil union ceremony at a bed and breakfast. We also joined a wide range of groups to urge Walgreen's to make certain that the private company that operates in-store clinics in their stores was not operating under religious directives and thus denying patients needed care. The ACLU of Illinois filed a charge with the Illinois Human Rights Commission on behalf of Melanie Jones, a Chicago woman who was refused medical care after her IUD was dislodged in a fall at home. And, Melanie -- along with another ACLU client, Mindy Swank -- appeared on Samantha Bee's Full Frontal to highlight the issue of religious refusals of medical care for women, especially around reproductive health care.

5. Advocacy for students who are transgender. 2016 continued to show the ACLU of Illinois in the lead of advancing the dignity and fair treatment of students who are transgender in public schools. In May, we won a victory for Alex McCray -- a student in downstate Williamsville (near Springfield) -- a transgender student who was finally able to use the appropriate restroom in his school. Later in the summer we intervened in a case brought by a group of parents and students (and a virulent anti-LGBT group) against District 211 in suburban Chicago, challenging the agreement D211 reached with the US Department of Education in a matter we brought on behalf of Student A, a female at one of the district's high schools who was seeking access to the locker room for the sport in which she participates. A federal magistrate judge has recommended against an injunction sought by the parents group, after oral arguments in which the ACLU participated.

6. Criminal justice reform moves forward with popular support. The ACLU of Illinois continued to advocate for criminal justice reform in Illinois. Our staff worked with the Governor's Commission, continuing to push the Commission to adopt far-reaching proposals that will make real change in our system. And, we released a first-of-its-kind public opinion poll showing that voters in the State of Illinois believe that the criminal justice system is broken, that they are ready to make real changes to sentencing -- ending long, mandatory sentencing -- and that they want their politicians to support reform.

7. Civil Asset Forfeiture reform takes off. The ACLU of Illinois is leading the way to reform the process of civil asset forfeiture, the system under which police and other law enforcement in Illinois have taken more than $300 million on property over the past decade. Amazingly, Illinois law doesn't require that the person having their property taken be charged with a crime -- let alone convicted. We are moving the debate forward on reform through a well-covered report and outreach to the public and social media.

8. Protecting the First Amendment. Even as we work on emerging areas, the ACLU of Illinois maintains our commitment to assuring that basic civil liberties are protected and defended. This year, we negotiated an end to a long-time violation of religious liberty in downstate Teutopolis. For decades, the local elementary school has operated in a building owned and leased by the Catholic archdiocese. As part of the arrangement, the school agreed to bus students to the school house more than an hour before classes begin each day so that the archdiocese could hold religious classes. Students who were not enrolled in the religious classes were shunted off to the cafeteria, left to feel ostracized and not included. This was especially troubling since the population in the district was predominantly Catholic. Under the agreement, students now arrive in time for classes and extracurricular activities include a range of options, including the religious classes.

9. Protecting the access to the ballot box in Illinois. The ACLU of Illinois joined with other groups this fall to insure increased access to the ballot box in Illinois during the 2016 election. Just a few weeks before the November general election, an outside legal group filed a lawsuit challenging Election Day registration in Illinois. The challenge sought to put the entire law on hold, simply because the legislation permitted some smaller counties in Illinois to opt-out of having Election Day registration in every voting location, rather than in a single location. After the district court blocked the law from taking effect, the Seventh Circuit Court of Appeals stepped in to block any effort to change the way that Illinois residents could vote.

10. Preparing for the next four years. In response to the surprising outcome to the 2016 November elections, the ACLU has been gratified by the overwhelming number of new supporters and members who have joined our work. While we share the alarm and outrage over many statement by President-Elect Donald Trump, we are prepared to respond to the challenges that he presents. You can join us today as we prepare to address our concerns about reproductive health care -- including abortion care, immigration, the treatment of Muslims and Arabs, policing in Chicago and across the State of Illinois, treatment of LGBT community and surveillance. We are ready.

Support the work of the ACLU of Illinois. Make a gift today! 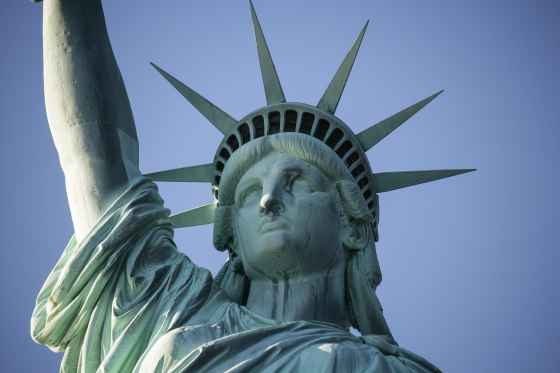