November 29th Update: Senate Passes HB 1958 by a vote of  44 - 10. Click here to find out how your Senator voted on this bill. The bill is now on the Governor's desk waiting for his signature.

November 8th Update: HB 1958 is voted out of the Senate Criminal Law Committee by a 7-2 vote!

See below to find out how the members of the Criminal Law committee voted on this bill.

In 2000, Illinois became the first state to pass a ban on the practice of shackling pregnant women during labor. Unfortunately, the ban is not uniformly enforced.

Women charged with nonviolent crimes have been placed in leg irons, with their hands cuffed to chain belts, when brought to the hospital. They even have been shackled by one wrist and one ankle to their hospital beds, impeding labor. 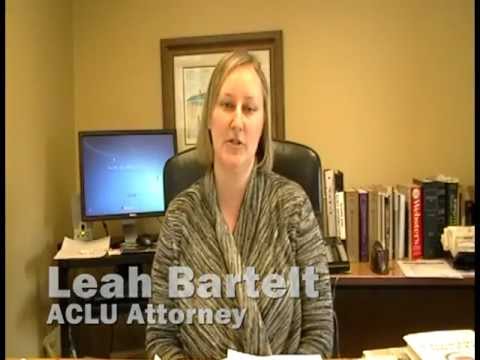 House Bill 1958, already passed by the House, eliminates this dangerous practice by clarifying and strengthening the law to protect the lives and health of mothers and infants.

Example of Why We Need This Law

In 2006, a young, pregnant, woman was arrested for possession of a controlled substance. She was a approved for a residential treatment facility program where she was required to wear an electronic ankle monitor.  She was never categorized as a flight risk, and while in the program could go  with a counselor to church or the store. Even though she was only required to wear an ankle monitor at the program, she was placed in leg irons and a chain belt with handcuffs attached during her periodic court appearances. Later into her pregnancy she was required  to walk up an incline from a holding cell  to the courtroom, scared that with her legs and hands shackled, and her center of balance off, she might fall. In her  8th month, she was admitted to the hospital and  though she still had the ankle monitor on, the officer proceed to shackle her left ankle and wrist to the bed.  At the change of each shift, the new nurse would ask about her crime, and when  told that she was in for a non-violent offensive, the nurse would ask the officer to remove the restraints - each time he refused.  The officer was in the room watching the NBA finals  for the duration of the labor, even while her feet were in stirrups and the baby was crowning. She  repeatedly asked him to leave to give her some privacy, but he never did. And even though he was in the room, and she was never deemed a flight risk,  she was shackled by her arm and leg to the bed throughout the labor and  birth of her child. Unfortunately, what happened to this woman above is not a one time occurrence.

This bill, which only applies to Cook County:

Want to make sure you have the most up-to-date on the bill? Click HERE! 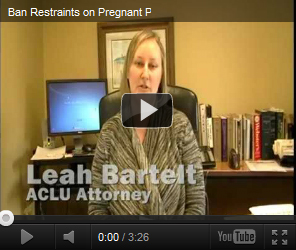