It's been a busy few months in Springfield. ACLU members and supporters have been working hard - contacting their legislators in Springfield on dozens of bills - fighting back bad ideas, and pushing forward important legislation to protect civil liberties. Here are a few updates on some of the issues we've been working on together: 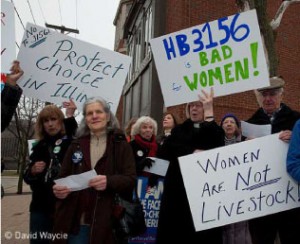 We believe the ACLU of Illinois' legislative team is the best in the business - because YOU have their backs. Thanks for taking action when we call!