A New Day in Illinois for People with Mental Illness 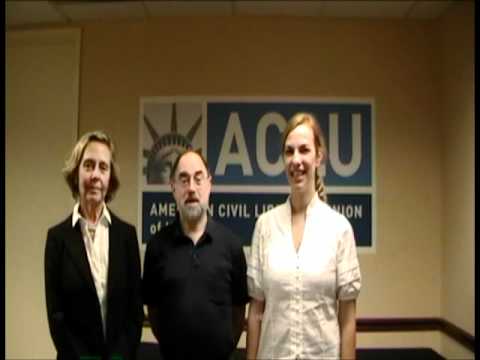 CHICAGO - Thousands of persons with mental illnesses in Illinois took a significant, critical step toward independence and dignity after a federal judge today gave final approval to an historic agreement worked out by the State of Illinois and a coalition of legal services organizations. The agreement in Williams v. Quinn gained final approval from U.S. District Court Judge William Hart following a fairness hearing on September 7, 2010 that drew hundreds of interested class members and relatives to a Chicago courtroom. Once implemented, the agreement paves the way for individuals with mental illnesses to move out of Illinois' outmoded, segregated nursing home system and receive the services they need in the community.

Today's approval begins a systemic process of giving approximately 4,300 persons with mental illnesses the choice to move out of large nursing homes known as "Institutions for Mentally Diseases" (IMDs) and into community-based settings with the support they need to be successful. These large, impersonal IMDs are operated in a manner that allows individuals little opportunity for independent living and personal growth

"Today, Illinois joins the mainstream of states across the country moving away from the use of these large, cold institutions to treat those with mental illnesses," said Donna Welch, a partner with Kirkland & Ellis, LLP. "We look forward to working with the State to insure an effective, smooth implementation process for our clients."

Williams v. Quinn was filed in August 2005 by two individuals forced to live in Chicago area nursing homes. The process for transition outlined in the agreement builds on recently-released recommendations of the Governor's Nursing Home Safety Task Force. After examining the state's troubled and scandalized nursing home system, the Task Force concluded that "(t)here is . . . remarkable consensus that many people currently admitted to nursing homes with serious mental illness would be better cared for in specially designed and monitored community residential settings."

Now that the court has approved the settlement, a specific implementation plan will be written to transition those persons with mental illnesses currently housed in IMDs to community-based settings. Trained professionals will be hired to evaluate eligible members of the class who reside in IMDs to determine: a.) if they are able to transition to permanent supportive housing and other community-based settings; and, b.) what additional services will be necessary for each individual as part of the transition process. An individualized plan for each person will be developed, implemented and tracked.

"This settlement offers new choices and new opportunities for a group of individuals who have been forced into large institutions for too long," said Barry Taylor, Legal Advocacy Director at Equip for Equality. "Perhaps most importantly, today the promise of the Americans with Disabilities Act is one step closer for people with mental illnesses in Illinois."

The settlement calls for the transition of those class members who want to move and are able to move from IMDs to the community over the next five years. During the fairness hearing, national experts on providing care and services to those with mental illnesses noted that most of those persons living in IMDs across Illinois will be able to live in a community-based setting where appropriate services are provided.

The plan also relieves some of the state's financial burden created by housing individuals in IMDs, which are supported by 100% state funding. Not only will the costs be less expensive, but the state will be eligible to receive federal Medicaid reimbursements for medications and health care when an individual is receiving those services in a community-based setting.

"This is good news for our clients and for the taxpayers of Illinois," added Ed Mullen, Managing Attorney for Community Integration at Access Living. "Estimates are that the State could save millions of dollars over the next few years by transitioning residents from IMDs into the community. Given the state's current fiscal crisis, this is a welcome development."

Lawyers representing the plaintiffs are from a coalition of organizations, including Access Living, the Bazelon Center for Mental Health Law, Equip for Equality, the Roger Baldwin Foundation of the ACLU of Illinois and the Chicago office of the law firm Kirkland & Ellis.

Update in Case to Protect People with Developmental Disabilities

Federal Judge Orders Specific Schedule for Illinois to Pay for...