Chicago – The American Civil Liberties Union and the Electronic Frontier Foundation (EFF) told a panel of the United States Court of Appeals for the Ninth Circuit sitting in Seattle, Washington today that Congress acted in an unconstitutional fashion when it passed legislation granting sweeping immunity to telecoms that collaborated in illegal spying. The argument is the latest development in more than thirty cases consolidated in the U.S. District Court for the Northern District of California that challenged the phone companies’ sharing of millions of personal phone records and communications with the federal government. The ACLU lawsuits filed on behalf of dozens of plaintiffs – including renowned Chicago journalist Studs Terkel, former California Congressman Tom Campbell, journalist Robert Scheer and actor Richard Belzer – challenge the unlawful collaboration of major telecommunications companies – including AT&T – with the government’s warrantless dragnet surveillance of electronic communications and records. 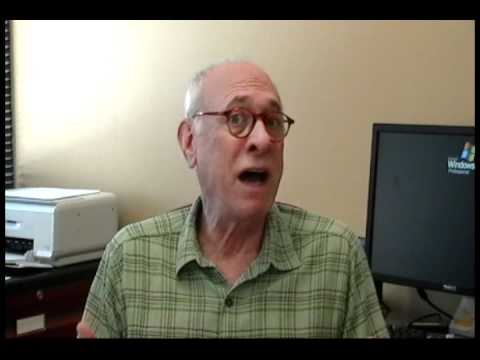 At the core of the plaintiffs’ presentation today is the contention that the Congress acted unconstitutionally in extending authority to the Attorney General to file a certification with the court that granted immunity to the telecoms for their actions. As the ACLU and EFF make clear,” the Attorney General has functionally repealed, in part, the federal statutes governing the plaintiffs’ lawsuits.”

The ACLU’s argument also focuses in particular on the fact that Congress has eliminated all claims against the telecoms not only for violations of federal statutes, like Foreign Intelligence Surveillance Act and the Electronic Communications Privacy Act, that Congress enacted, but also for violations of the constitutional rights of its customers. While the telecoms argue that a lawsuit against the government is still available, ACLU and EFF assert that a court injunction binding the telecoms is necessary. The ACLU and EFF brief notes that telecoms are highly regulated with numerous incentives to comply with invasive government requests. This assertion is borne out by the history of these companies providing assistance to federal intelligence gathering efforts, including the behavior in question in these lawsuits. Here, the telecoms, along with the National Security Agency, violated the constitutional and associational rights of millions of people.

The ACLU asserts that Congress’ grant of immunity denies their clients (and all the clients in these combined cases) any judicial remedy whatsoever for their federal constitutional claims against the telecoms. In short, the ACLU argues, the telecoms violated our clients’ constitutional rights and Congress has blocked, unconstitutionally, those claims from being heard in a court.

“Under our constitutional system, Congress cannot bar all claims for enforcing federal constitutional rights,” said Harvey Grossman, legal director for the American Civil Liberties Union of Illinois and co-lead counsel for the combined cases challenging the actions of the telecoms. “The courts – not the Congress and the Executive branch – must determine if constitutional rights have been violated. The grant of immunity issued by Congress has blocked our clients’ access to the courts to consider these constitutional claims.”

The ACLU also notes that the bill permitting the Attorney General to block these lawsuits empowers action “for his own policy reasons” and contains very few standards.

"Congress ducked its responsibility by giving the Attorney General complete discretion to decide whether the telecoms are immune from our ongoing lawsuits and significantly limited judicial review over that executive decision," said Julia Harumi Mass, staff attorney for the ACLU of Northern California. "Our constitutional system of checks and balances is designed to limit concentrations of power in one branch. Allowing this law to stand would encourage big companies to seek similar immunity--under a cloak of secrecy--for conduct that violates consumers' rights or environmental protections in the future."

The hearing today centers on the results flowing from passage of the Foreign Intelligence Surveillance Act Amendments of 2008 which mandates that courts dismiss any cases against AT&T or other telecommunications companies if the Attorney General chooses to file a secret certification attesting that the executive branch told the phone companies that the surveillance was lawful. Under the immunity provisions, the federal court does not determine whether the spying was in fact legal, but only that the representation of legality was made by the executive branch. Then Attorney General Michael Mukasey filed a certification in these cases. This certification, according to the ACLU and EFF, was not surprising, since the Attorney General argued for immunizing the telecoms in public statements and in testimony before the law was passed in public statements and in testimony before Congress.

“There is good reason to believe that the telecoms violated both the privacy and the trust of millions of Americans. This Court should not permit a fundamentally flawed statute to block our clients from establishing in court whether the telecoms did in fact violate the law,” said Peter Eliasberg, Legal Director for the ACLU Foundation of Southern California.

“A fundamental tenet of the rule of law is that plaintiffs must have a right to raise claims when their fundamental rights are violated,” said David Blair-Loy, legal director of the ACLU of San Diego and Imperial Counties. “We hope the Court will act to open the courthouse doors once again to our clients whose privacy and constitutional rights were violated by these companies.”

Demanding Accountability from the Phone Company