CHICAGO - With early voting already underway in the mayoral and aldermanic elections, the American Civil Liberties Union of Illinois called on the new city government to adopt a moratorium on the placement of new surveillance cameras in the City of Chicago.

The call came as part of the release of the first large-scale, independent study of Chicago's integrated surveillance camera system, deemed by a former Homeland Security Secretary to be the most "extensive and integrated" in the nation. The report is titled "Chicago's video surveillance cameras: A pervasive and unregulated threat to our privacy." 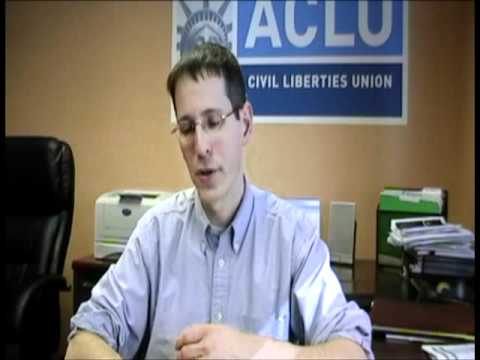 In addition to seeking the moratorium, the report contains a list of recommendations -- focusing on the most invasive of the surveillance camera system features in Chicago (including facial recognition, automatic tracking, and zooming), storage and disclosure of images, transparency, and public input. Among the proposals advanced by the ACLU of Illinois are these: requiring individualized suspicion either of criminal activity or a threat to public safety before a camera operator uses the zoom, facial recognition or automatic tracking technologies, especially when individuals are engaged in First Amendment protected activity; prohibiting recording of activity in private areas (such as residences and private businesses); bar the dissemination of images captured by the cameras except under specific circumstances; and requiring public notice and the opportunity for public input before a camera is installed in the City of Chicago. The report, funded in part by a grant from the Open Society Institute of New York City, was transmitted to all the candidates for Mayor of Chicago in the February 2011 election, as well as current alderman and aldermanic candidates.

"Given Chicago's history of unlawful political surveillance, including the notorious 'Red Squad,' it is critical that appropriate controls be put in place to rein in these powerful and pervasive surveillance cameras now available to law enforcement throughout the City," said Harvey Grossman, legal director of the ACLU of Illinois in releasing the report. "Unlike other cities, Chicago has not adopted necessary safeguards. We believe that a new Mayor or City Council should order a moratorium on deploying new cameras, evaluate whether to remove some of the current cameras, and adopt appropriate regulations to protect against unwarranted violations of privacy."

The report, the first independent study of the system, notes that in addition to the vast number of cameras and close integration, Chicago's cameras have three powerful and potentially invasive technologies:

"The ubiquity and technological reach of Chicago's surveillance camera system present a fundamental threat to the privacy and First Amendment rights of all persons in Chicago," said Adam Schwartz, senior staff counsel at the ACLU of Illinois. "The current Mayor and other City officials have said that their goal is to place a camera on every corner, blanketing the entire City in an integrated fashion. If that goal is achieved, the lives of residents of Chicago will be changed. We will be forced to make decisions about where to go and when with the knowledge that all of our actions can be watched and recorded."

The ACLU report urges a moratorium on the deployment of new cameras to provide time for the City to conduct a "comprehensive review of the past, present, and future of Chicago's surveillance camera system." The report recommends that the review "define the City's objectives, consider all the costs, and weigh al the evidence about effectiveness," and perhaps most importantly, "consider whether to reduce the number of cameras in the City's system."

City officials, in recent months and years, have spoken bluntly about their vision of expanding the system, including remarks by Mayor Richard Daley that he wants a "camera on every corner of the City" over the next few years. Other cities (including Denver, New York City, Pittsburgh, Salt Lake City, San Francisco and Washington, DC) have adopted explicit written policies to protect privacy. Additionally, a blue ribbon commission that included former FBI Director William Sessions proposed a set of model regulations that contain critical privacy safeguards.

The report stresses that part of the City's considerations should include the cost of cameras and their effectiveness compared to the value of a police officer at a time when the City's police force is down more than 1,000 officers. The ACLU notes that the most recent comprehensive studies on surveillance cameras raise important questions about their effectiveness. A 2009 study of surveillance cameras in San Francisco, conducted by the University of California at Berkley, found that cameras had no "statistically significant impact on violent crime" or "drug crime." A year earlier, a review by the University of Southern California of all domestic studies on surveillance cameras in the United States found that no statistically significant impact on crime could be found as a result of the presence of surveillance cameras.

"Our research indicates the City has been charging full-speed ahead on expanding its camera system, without engaging the community in a discussion about the need for privacy regulations or about the effectiveness of the cameras in fighting crime," added the ACLU's Grossman. "We hope this report - and the new city administration - will serve as the basis for a new public dialogue."