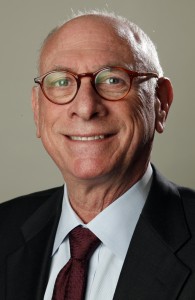 On November 2, voters in Illinois will decide whether to amend our state constitution to allow for a recall election for the office of governor. While the concept of recall raises no civil liberties concerns, the process proposed in the amendment is contrary to democratic principles and violates the constitution.

Recall is a political matter. In most states with recall, the law requires no grounds or bad conduct by the office holder and the process directly expresses the will of the voters through a special election. Impeachment, the other mechanism by which an official may be removed from office, requires specific wrongdoing and is a legal process carried out by the legislature. Eighteen states provide for the recall of state officers and the requirements generally are rigorous. Besides the 2003 recall of California Governor Grey Davis, only one other governor has ever been recalled-- Governor Lynn Frazier of North Dakota in 1921.

Those who favor recall believe it places deserved power in the hands of the voters and eliminates the need to rely on legislators to impeach officials. Objectors, on the other hand, believe terms of office are relatively short and that recall elections are unnecessarily expensive. Whatever one may think of the merits of recall, everyone agrees that the procedures for recall must be fair and treat all voters equally. Unfortunately, the Illinois proposal does not meet these basic requirements.

The amendment to be considered by Illinois voters requires that a recall petition be signed by a number of voters equal to at least 15% of the total votes cast for governor in the last gubernatorial election, with at least 100 signatures from each of at least 25 separate counties. It is this requirement for voter signatures from multiple counties that throws an unconstitutional wrench in the works.

Nearly 50 years ago, the Supreme Court affirmed the core principle of "one man, one vote". This value is now deeply engrained in our national psyche, as well as our law. In addition to apportionment schemes, the courts have applied the doctrine to the collection of signatures as part of an electoral process, including for the nomination of candidates, the formulation of new political parties and other voter initiatives. In fact, the Supreme Court has required that all procedures that are an integral part of the election process must pass muster under one person, one vote. The collection of signatures for a recall election clearly falls within the rule.

The proposed constitutional amendment violates one person, one vote because by requiring 100 signatures from each of at least 25 separate counties, the signatures of electors in less populous counties will have greater value than the signatures of electors in more populous counties. While one person, one vote generally requires election districts to have approximately equal numbers of voters, the populations of registered voters in Illinois counties vary widely, from 3300 in Pope County to nearly 2.9 million in Cook County.

For example, using the 2006 gubernatorial election as an index, a recall petition would require approximately 530,000 signatures. Under the proposed amendment the electorate in Illinois' most populous 24 counties (6.4 million voters) which contains 84% of the registered voters could not petition for a recall, but 530,000 of the remaining 16% of registered voters (1.2 million) properly distributed among the 78 remaining counties could successfully petition for the recall of a governor. This disparity clearly violates the one person, one vote principle.

It may be our Legislature wanted to insure broad geographical support for a recall effort. But the Supreme Court in Moore v. Ogilvie (a case that came from Illinois) long ago rejected that objective as a valid justification for imposing a geographical signature requirement on districts with varying numbers of electors. All voters, the Court said, must be treated equally whether they are urban or rural, or come from sparsely settled or populous counties.

Passage of the proposed amendment will only lead to voter distrust and confusion. The unfair burden the amendment places on a future recall effort is substantial and unconstitutional. The amendment, if passed, likely will be challenged in the courts, either by voters seeking recall or by a corrupt governor seeking to stave off a recall election. When faced with the issue, the judiciary will strike down the entire amendment unless it finds that the legislature intended to have a recall amendment even in the absence of the multi-county signature requirement. Whatever the resolution of that issue may be, voters who support recall should not have to depend on its outcome to give meaning to their vote. The Legislature should go back to the drawing board on recall.

crossposted in the Chicago Tribune