Repairing the health care system for prisoners in Illinois

Last October, the Pew Charitable Trusts released an update of their 2014 report on state prison healthcare across America. The report analyzes how each of the states provides care for those held in that state’s prisons using a number of metrics.

For Illinois, this report tells a sad story. Illinois is the nation’s sixth-largest state, with the country’s third-largest metropolitan area, but the State ranks near the bottom of all the states in resources devoted to health care for the people it incarcerates. According to the report, the typical state department of corrections now spends more than $5,700 per inmate to provide health care services; Illinois spends barely $3,600 – a third below the national average, and a fraction of what states as different as Vermont, Wyoming, and California spend. 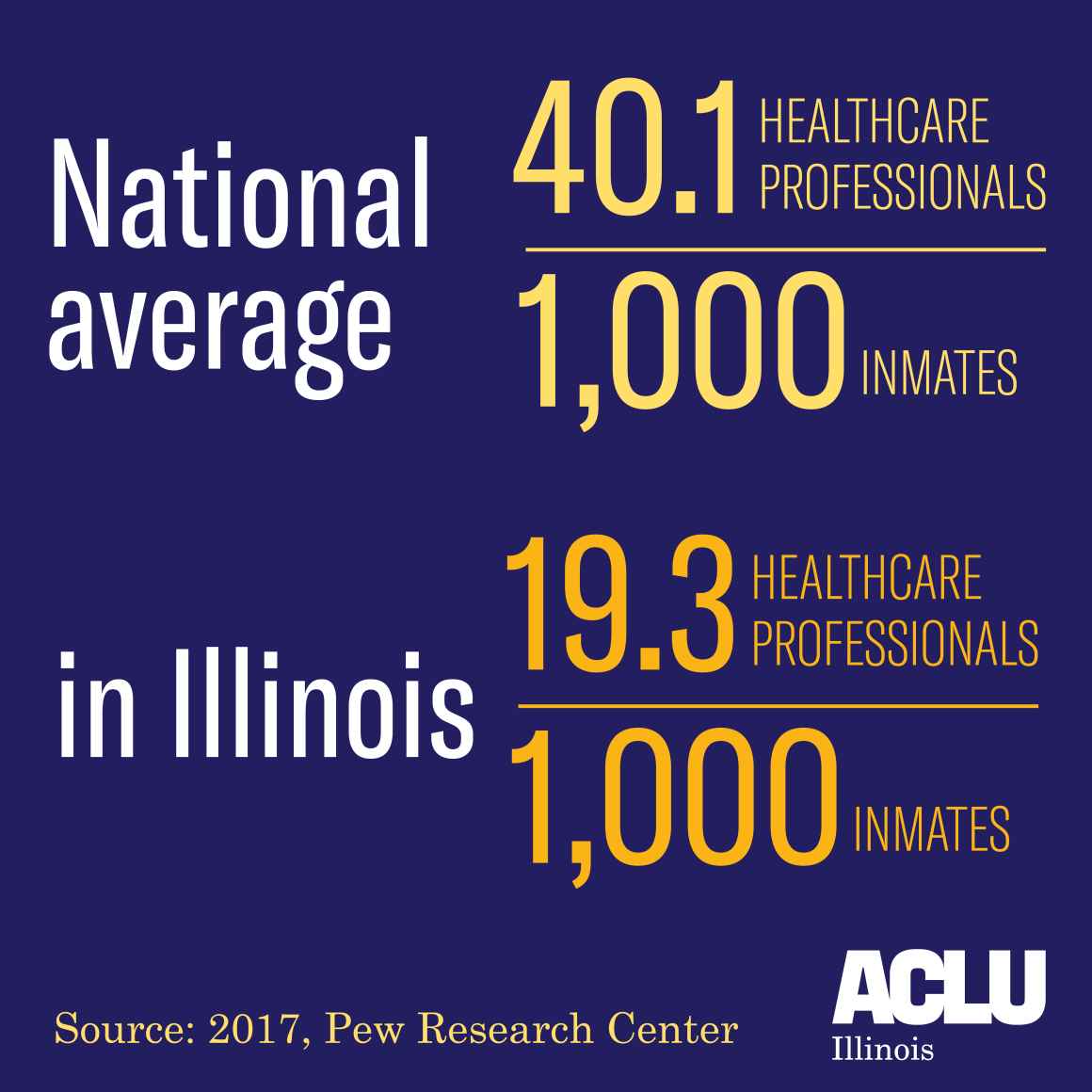 The average state corrections system also employs 40 full-time healthcare workers for every 1,000 prisoners; Illinois has less than half that number – 19. It is no wonder that the court-appointed expert in our challenge to the poor (and unconstitutional) quality of health care – the Lippert case – concluded that Illinois does not meet minimal constitutional standards of adequacy in health care for its prison population.

Lippert began as an individual case against the Illinois Department of Corrections several years ago. In 2013, lawyers for the ACLU of Illinois joined the lawsuit in order to bring systemic reform to the State’s poor record in providing health care to inmates. The ACLU committed to this issue after many years – even decades – of public and private reports that pointed to the inadequate health care provided by the State of Illinois to those incarcerated. It is time for that to change.

The expert’s report to the court in Lippert found the human cost of this neglect by the State. In one instance, a prisoner was diagnosed with diabetes and placed on insulin to treat the condition. After follow up testing a few months later showing that the patient’s blood sugar levels had become normal on insulin, a doctor lacking any understanding of the basic physiology of this common disease withdrew the insulin prescription believing the patient had been “cured.”

The burdens of this inadequate care – like all the burdens of mass incarceration – fall most heavily on minorities and the disadvantaged. The State’s own data shows that in Illinois, close to 60% of the prison population is African-American. Prisoners are among the poorest of the poor in America, and the least well educated. Changing lives through litigation is a long and windy road, but sometimes it is a necessary tool on behalf of those who are voiceless and structurally disenfranchised. California – which spends the most of all the states on prison healthcare – does so because of decades of work by public interest lawyers on behalf of its prison population.

Illinois’s treatment of prisoners is a problem that was years in the making, and it will take time to solve. Justice, and basic humanity, require it to be solved. But there are opportunities for us here as well. The federal Bureau of Justice Statistics reports that prisoners enter prison with higher rates of health problems than others – higher rates of chronic diseases, more extensive histories of infectious disease. But many of these are conditions that can be managed; some can even be cured. Most prisoners will leave prison and return to our communities. The chance to educate people in need of health education in managing their diseases, even the chance to cure some diseases, are benefits that reach far beyond prison walls.