The City of Chicago Just Entered into an Unprecedented Agreement with Community Groups on Police Reform. What Does That Mean?

The Chicago Police Department is still in crisis.  The unjustified force used by some police officers delegitimizes the CPD in the eyes of many city residents and undermines all officers’ ability to do their jobs. Officers cannot build relationships necessary to prevent and solve crimes if they are not trusted by the communities they are assigned to protect.

In early 2017, the U.S. Department of Justice issued a devastating report on the department. The DOJ found a pattern of unreasonable force and a culture of silence which allowed excessive force to occur without discipline. The DOJ concluded that a consent decree—an agreement overseen by a judge—was needed to uproot the CPD’s entrenched problems.
The election of President Trump created an obstacle.  The DOJ, under Jeff Sessions, declined to pursue reform. In August 2017 the City of Chicago and Illinois Attorney General Lisa Madigan announced they would negotiate a consent decree to reform the department. This was not a perfect substitute.  The City could walk away from negotiations at any moment.  And, the Attorney General is stepping down next year, creating more uncertainty. Furthermore, the Attorney General’s lawsuit did not address how the use of unnecessary force impacts people with disabilities.
In October, we filed a lawsuit with community organizations to ensure reform would not be abandoned again.
This new landscape is uncharted territory and calls for creative solutions. Last week we announced a breakthrough: nearly a dozen community and civil rights organizations reached an agreement with the City and Attorney General to involve communities in the planned reform.
What does this agreement mean?
The agreement includes the plaintiffs in two lawsuits.  In addition to its own members, the ACLU’s lawsuit is on behalf of Communities United, Community Renewal Society, ONE Northside, and Next Steps.  Under the agreement, these groups will form a coalition with plaintiffs in the other lawsuit.
The agreement allows the coalition to propose terms for the consent decree.  This will include terms aimed at reducing the unnecessary use of force on people with disabilities.  If the coalition’s voice falls on deaf ears, these groups will publicly object to the decree when it is unveiled this summer.
The agreement also allows the coalition to enforce the decree. It will be a watchdog: If the City does not follow the consent decree, then the coalition does not have to wait for the Attorney General to act.  We can go to the court.
Third, we agreed to delay our lawsuit while the consent decree is negotiated. The lawsuit won’t be gone – we are pressing “pause” on it while our clients provide input. If any key terms are missing from the consent decree, we can restart our lawsuit.
The hard work of securing an effective framework for accountability is not done. The decree still needs to be drafted, and today’s agreement only requires the Attorney General and City to consider our clients’ input. Only when the proposed decree is public can we assess whether our input was incorporated, or whether we need to object.
Our hope is that this agreement leads to a better consent decree.  This agreement highlights creative ways for local officials to work with communities served by police to continue reform efforts as DOJ abdicates its responsibility. In Chicago, this agreement carves out a role for community groups in the anticipated overhaul of the CPD’s use of force practices. With this role defined, we hope the Attorney General and City move quickly to draft comprehensive consent decree terms. Lives depend upon it.
Kathy Hunt Muse is Special Litigation Counsel at the ACLU of Illinois.  Also representing the plaintiffs in Communities United, et al. v. City of Chicago are Karen Sheley, Lindsay Miller, Rachel Murphy (ACLU of Illinois), Barry C. Taylor, Laura J. Miller, Amanda Antholt (Equip for Equality), Bradley Phillips, Jacob Kreilkamp, and Allyson Bennett (Munger, Tolles & Olson LLP).
Unpublished 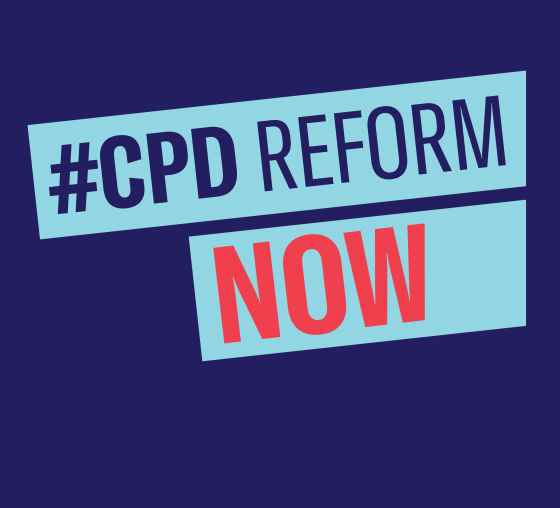