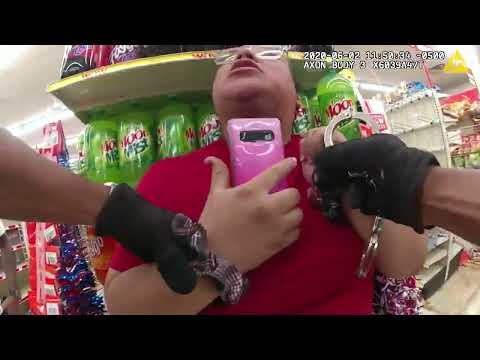 We represent Julie Campos, a Southside Chicago Latina resident – who was physically assaulted and falsely arrested by a Chicago police officer. The lawsuit stems from events at Ms. Campos’ place of employment, a Family Dollar Store, on June 2, 2020. Ms. Campos was working at the store cleaning up property damage that had occurred in the wake of George Floyd’s murder.

Two Chicago police officers appeared outside the store and questioned the workers on their actions. Within moments, one of the officers unleashed an obscene verbal tirade against one of the workers. Ms. Campos, who had gathered outside with other employees, ultimately went back inside the store to continue the clean-up. As she exited the rear door carrying boxes to a nearby dumpster, she was confronted by one of the police officers, who grabbed her, struck her in the face, and physically shoved her out of the way.  Startled and upset, Ms. Campos then began recording and criticizing the officer as he stomped through the store looking for the employee with whom he had argued. In recording and speaking out, Ms. Campos simply was exercising her First Amendment rights.

Unable to find the co-worker, the officer turned his attention to Ms. Campos and placed her under arrest without any justification. She was held at a police station for nearly five hours before being released—separated from her one-year old son.  The trumped up charges ultimately were dropped.

We are suing the City of Chicago as well as two individual Chicago Police Department officers who effectuated the arrest of Ms. Campos. CPD has a pattern, practice and custom of failing to train and discipline officers, allowing traumatic experiences such as the one that resulted in Ms. Campos arrest to occur.