Since filing this landmark case against the Illinois Department of Children and Family Services (DCFS) in 1988, the ACLU has forced groundbreaking reforms to the Illinois foster care system. The ACLU’s ongoing pursuit of court-ordered reforms strives to secure safe, stable homes for thousands of children in Illinois and to, among other things, reduce caseloads, improve the safety of children, protect adequate agency funding, implement better training for caseworkers and private agency staff, and reorganize DCFS systems of supervision and accountability. Historically, the ACLU’s advocacy towards these and other goals has resulted in a reduction of the number of children in Illinois foster care from more than 50,000 in 1995 to around 16,000 today. The ACLU aims to reform a child welfare system that was once one of the worst in the nation and ultimately ensure the safety, permanence, and wellbeing of youth in care.

The road to reforming DCFS continues to be fraught with obstacles. For example, in 2009, the ACLU won a federal court order blocking hundreds of millions of dollars in cuts to essential DCFS programs—cuts that would have made it impossible for the agency to comply with the Consent Decree approved by the federal court in 1991. In 2012, a federal court approved an agreed order requiring DCFS to bring caseloads back into compliance with the Consent Decree by the end of 2012 and mandating several additional steps to reduce the likelihood that this problem will occur in the future.

In 2014, the ACLU advised DCFS of reports about severe shortages of mental health services and substandard conditions at various residential treatment centers treating youth in care. The data indicated, among other things, that hundreds of youth were at shelters, detention centers, juvenile prisons, psychiatric hospitals, and other restrictive settings waiting for the services and placements they desperately needed. In 2015, the ACLU filed an emergency motion requesting the Court to appoint experts to review the problem. The Court appointed experts who assessed proposed solutions to the systemic deficiencies in the level of care for youth with mental and behavioral health needs.

The Expert Panel’s report called for fundamental changes to leadership structure, training, and monitoring within DCFS—recommendations that the Court approved in a subsequent Order.  In September 2016, the Court approved the DCFS Amended and Revised Implementation Plan to address the need for those fundamental changes. Still, the substantial turnover in the Director position at DCFS throughout the past decade has made continuous and sustainable progress more challenging.

The ACLU continues to litigate to ensure DCFS compliance with the Consent Decree to achieve systemic reform of Illinois’ child welfare system for the thousands of youth in DCFS care. In late 2018, the ACLU filed an emergency motion calling for the supervised discharge of DCFS youth at Chicago Lakeshore Hospital in light of allegations of instances of physical and sexual abuse of patients by other patients or staff, among other safety concerns. The Court ordered the supervised discharge of all of the DCFS youth from Chicago Lakeshore Hospital, and also requested experts to conduct an independent review of the facility if DCFS tried to send youth in its care back to the hospital.

Due to DCFS’ lack of progress under the Implementation Plan, in 2018, the ACLU asked the Court to appoint a Special Master to assist the parties with dispute resolution and mediation. The Court appointed a Special Master in December 2018, and the ACLU continues to push for the Department to ensure adequate development of services and resources for youth in care with high-end needs.

The ACLU also continues to monitor the status of the January 2018 Consent Decree in N.B. v. Eagleson involving the Department of Healthcare and Family Services (HFS), which requires HFS to develop a system to deliver mental and behavioral health services to Illinois youth under the Early and Periodic Screening, Diagnostic, and Treatment (EPSDT) Medicaid requirement. B.H. class members make up roughly a third of the N.B. class, and they are entitled to the protections under that Consent Decree. 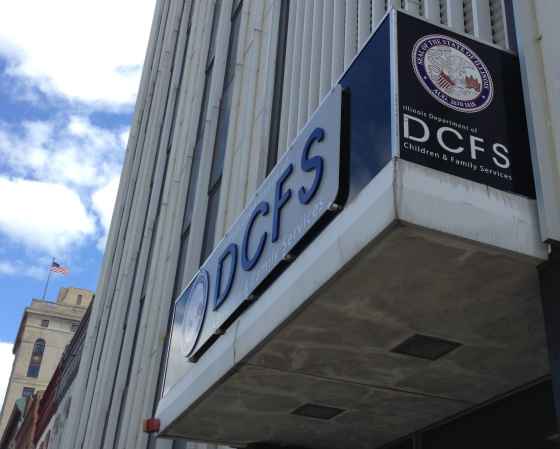 Testimony of Ben Wolf Regarding Documented Abuse at DCFS...

Approval of order to continue to fund DCFS functions during budget...

The Youth Project: State Funding Cuts to Youth Services in 2016 Not...

Filing of outside expert report regarding DCFS operations in...