CHICAGO – A suburban Chicago school district, Avoca School District 37, has been asked to discontinue the use of Internet filtering software that improperly censors websites “that advocate fair treatment of lesbian, gay, bisexual and transgender (LGBT) persons.” A letter sent today by the American Civil Liberties Union and the ACLU of Illinois demanded that Avoca school officials disable a filter known as “education.lifestyles” that is part of the filtering software designed by Lightspeed Systems utilized in the school district. The ACLU recently has sent similar letters to schools across the country as part of the organization’s national “Don’t Filter Me” initiative, which seeks to combat illegal censorship of pro-LGBT information on public school computer systems.

The ACLU’s letter to Avoca school officials notes that the filtering software used in the district denies students the capacity to access pro-LGBT rights information, but does permit students to access negative views of LGBT persons and families in the State of Illinois. As an example, Lightspeed software bars students from accessing websites with information about forming a Gay-Straight Alliance (gsanetwork.org), education materials about tolerance for LGBT students available at the site of the Gay Lesbian and Straight Education Network (“GLSEN"), and information about participating in the national Day of Silence campaign (dayofsilence.org) aimed at ending bullying of gay and lesbian youth in our schools. The same software, however, permits students to access the website of the Illinois Family Institute, which advocates against any legal protections of LGBT individuals and families in Illinois, and includes negative information about LGBT persons. 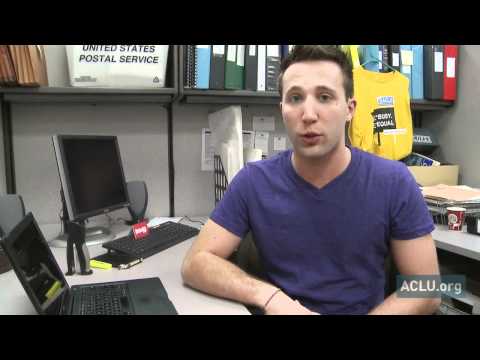 “The censorship at Avoca points out the flaws of these filtering systems,” said John Knight, director of the LGBT Project at the ACLU of Illinois. “The filters deny student access to educational sites that could enhance the academic experience for all students, but permits access to ideologically-based websites that seek to marginalize and discriminate against LGBT individuals and families in our state. This sends a sad message of intolerance to LGBT students and their allies."

Earlier this year, school districts in Kansas City, Missouri and Baytown and Ft. Worth, Texas unblocked websites identified by the ACLU. Another school in New Jersey voluntarily removed its anti-LGBT filter after receiving student complaints and an open records request from the ACLU.

“There is no legitimate reason why any public school should be using an anti-LGBT filter,” said Joshua Block, staff attorney with the ACLU LGBT Project. “This is not a case where overbroad filters are accidentally filtering out LGBT websites. These filters are designed to discriminate and are programmed specifically to target LGBT-related content that would not otherwise be blocked as sexually explicit or inappropriate. Public schools have a duty to provide students with viewpoint-neutral access to the Internet.”

When used by a public school, programs that block all LGBT content violate First Amendment rights to free speech, as well as the Equal Access Act, which requires equal access to school resources for all extracurricular clubs. This means that gay-straight alliances and LGBT support groups must have the same access to national organizational websites that help them to function, just as other groups such as the Key Club and the chess club are able to access their national websites. By blocking access to LGBT websites, schools deny helpful information to gay-straight alliances and other support groups that could be vital for troubled LGBT youth who either don’t have access to the Internet at home or do not feel safe accessing such information on their home computers.

Since launching the “Don’t Filter Me” initiative, the ACLU has identified several web-filter companies whose products are designed to filter out LGBT websites. Some of these include:

Students who want to report unconstitutional web filtering at their schools can fill out a form at: action.aclu.org/dontfilterme