An oft-repeated adage – first ascribed to ACLU founder Roger Baldwin – is that “no civil liberties victory stays won.” We see the truth of that observation clearly in Illinois in the area of protecting children in the care of the Department of Children and Family Services.

Over nearly three decades, the ACLU has sought to improve conditions for children under the care of the agency. In the 1990s and early 2000s, we saw significant progress, with thousands of children being adopted out of the agency and into loving, caring homes. 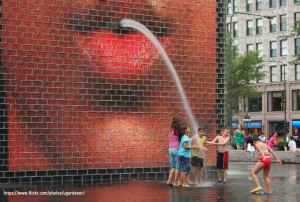 But proving that old adage, the past few years has seen a reversal of this progress, with children increasingly being put at risk. This past year, things reached a point of crisis. We returned to court to seek (and win) appointment of an independent panel of experts to examine how to improve placements and services for children with psychological, behavioral and emotional challenges who are under the care of DCFS.

The experts’ report is a clarion call for change – real change within DCFS. The experts’ conclusions make clear that there can be no tinkering around the edges. They describe the Department’s current operation as a system of practice “shaped by crises, practitioner preferences, tradition, and system expediency,” and urged the Department to move instead to a cohesive, evidence-based practice model based on well-recognized core principles.

The Panel also emphasized that the services and treatments provided to a child should be chosen based on the child’s needs rather than the Department’s ability to claim federal dollars to defray the Department’s service cost. They called for fundamental retraining and coaching of front-line staff and their supervisors, phased in over time, to completely reorient the service delivery culture at the Department. And they called for a wholesale review of the Department’s leadership structure and re-training of management on basic management skills and clinical issues. In other words, the reform the Department needs to undertake cannot be accomplished unless workers and management “reboot” their interactions within the Department itself, with children, with families, and with outside care providers.

We now have reached an agreement with DCFS to implement these findings. But it will require another long-term commitment of energy and resources on the part of the ACLU. We know that this will not be easy, but we also are aware that there is simply no other organization that is experienced or positioned to do this work. It may be that Roger Baldwin was right – no victory ever stays won. That is why the ACLU will keep fighting.