In early July, the U. S. Supreme Court upheld a Trump Administration rule that allows virtually any employer in the country to claim a religious or moral exemption in order to opt out of having to provide birth control coverage for employees. Every lower court to decide this issue found that the White House did not have authority to issue these harmful rules, which also apply to universities. It’s an extremely disappointing decision that undermines what Congress intended when it adopted the Affordable Care Act a decade ago. Congress meant for birth control to be provided at no cost under most health care plans. That coverage was a game-changer for people across the country. The Supreme Court’s decision creates the potential for a lot of people to lose this critical coverage.

The Trump Administration has been public and bold about its desire to restrict access to reproductive health care across the country. The political agenda it endorses is also behind the attacks we have seen on other reproductive health care, including the attempt to limit abortion care that was at issue in the June Medical Services case that the Supreme Court also recently decided.

In the current circumstances - with COVID-19 continuing to spread across the country and many people suffering the economic consequences - this is the time to expand health care, not find reasons to restrict it. And we know by looking at the statistics that this decision will disproportionately affect low wage workers and people of color. In Illinois, we do have a state law that still requires coverage under some plans. But there are still groups of people who stand to lose coverage as a result of this decision in this State. Unfortunately, those are the people who are already struggling to make ends meet.

This is why we recently held an emergency virtual town hall on the issue – you can watch that town hall in full here.

Religious freedom should not be used as a license to discriminate. Someone’s ability to decide what birth control to use and access it should not depend on their boss’s religious beliefs. The ACLU will continue to fight in the courts to ensure people have access to essential birth control in Illinois and beyond. 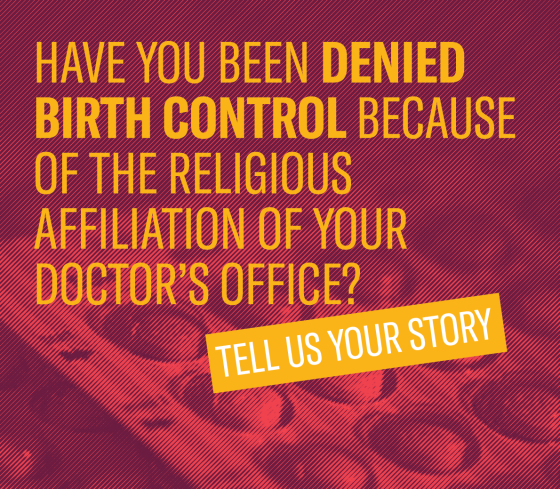