Fighting Pregnancy Discrimination in the Workplace

A recent New York Times article tells the story of Angelica Valencia, who asked her employer to accommodate her high-risk pregnancy based on her doctor’s orders. Since Ms. Valencia was 39 years old and had miscarried last year, her doctor recommended that she limit work to a full-time eight-hour shift, with no overtime. Even though her co-workers volunteered to handle the lifting and heavy machinery duties, and the busy season at her job was about to end, Ms. Valencia’s employer insisted that she work overtime without restrictions. After she gave her manager a doctor’s note explaining why she needed the accommodation, Ms. Valencia was forced to leave the job where she’d worked for three years.

Although Ms. Valencia works in New York, stories like hers are all too common across the country, including in Illinois. For example, Bene’t Holmes asked her employer, Walmart, for temporary, less physically strenuous duties after she began having trouble lifting 50-pound boxes in her fourth month of pregnancy. Her manager denied the request even though store policy allowed such accommodations for workers with disabilities or on-the-job injuries. One day after her employer refused her accommodation, Bene’t Holmes had a miscarriage.

No woman should have to choose between a healthy pregnancy and her job. That’s why Illinois, like New York City, recently passed a law requiring employers to provide reasonable accommodations to pregnant workers, as long as doing so doesn’t cause undue hardship for the employer.

Just as important as passing the law, however, is making sure it’s enforced. Employers and employees have to know about the law for its protections to be effective. New York City’s law, like Illinois’, requires employers to inform their employees about their right to be free from pregnancy discrimination. But Ms. Valencia says her employer never notified her about the law, even though it had already gone into effect. That’s why the ACLU is working in Illinois to make sure that employers and workers are informed about the new law.

If you’ve experienced pregnancy discrimination at work, we want to hear from you. Click here to share your story.

Experienced pregnancy discrimination in the workplace? 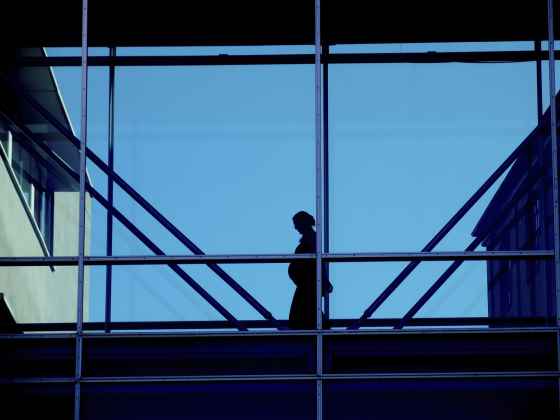