Testimony of Amy Meek, ACLU of Illinois
Board of Commissioners of Cook County
Legislation and Intergovernmental Relations Committee
Tuesday, February  6, 2018

Good morning. My name is Amy Meek. I am an attorney with the ACLU of Illinois’ Women’s and Reproductive Rights Project. The ACLU works to ensure that all people have the information and resources they need to make independent decisions about their reproductive lives and to carry those decisions out with dignity. This includes decision-making about pregnancy and parenting as well as the decision to breastfeed. 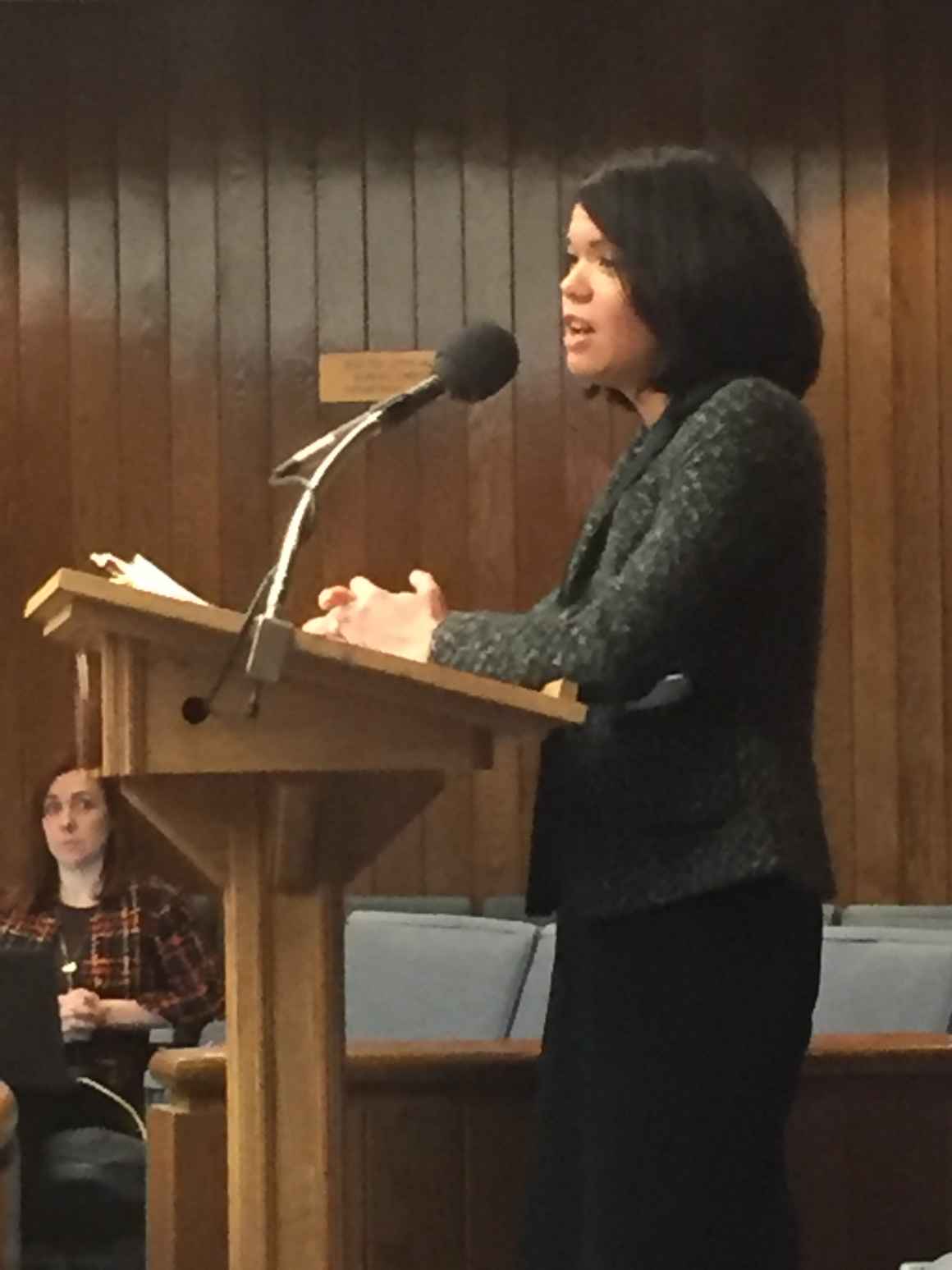 Nevertheless, we hear from women who have been shamed for breastfeeding in public or have been denied appropriate accommodations in order to pump at work or in other professional settings.  Without a clean, private space for pumping, they are often forced to pump in a restroom or another unsanitary space. Because of such obstacles, even though most women in the United States initiate breastfeeding, more than half wean earlier than they would like. Appropriate accommodations for nursing and pumping are essential for successful breastfeeding and for the full participation of women in the professional, academic, and social spheres of our society.

For example, Judith Miller – who gave me permission to share her story – was called for jury duty at the Daley Center. Judith was on maternity leave, and, as a lawyer herself, was enthusiastic about performing this civic duty. However, when she reported for jury duty she was told that the only private space she could use for pumping breast milk would be a restroom. She asked repeatedly, but unsuccessfully, for access to another space. Because she needed to express breast milk to feed her newborn baby, Judith had no choice but to agree to be excused from the jury pool in Cook County.

No one should have to choose between being able to breastfeed her baby and being able to participate in public life, whether serving on a jury, taking a professional exam, or just going to work each day. For this reason, in 2014, we advocated for the Illinois Board of Bar Examiners to implement policies providing reasonable accommodations for women who need to pump breast milk during the Illinois Bar Exam, which attorneys must pass to become licensed in this state. We also drafted and helped to pass amendments to the Illinois Human Rights Act, which went into effect in 2015, that require reasonable accommodations for pregnancy, childbirth, and related conditions – including breastfeeding. These requirements apply not only to employment, but also require that government agencies and places of public accommodation make reasonable accommodations to allow access to their space and services for women who are pregnant or breastfeeding.

We urge you to vote yes on Resolution 17-9993 to ensure that this standard is met – not just for employees that use county buildings, but also for members of the public and the legal community. Thank you.