Seeger defined American activism. In his youth, he was briefly a member of the Communist party because of his strong commitment to organized labor and workers' rights. Though he "drifted away" from it several years later, his membership in the party and his outspoken calls for workers' rights and racial justice haunted him – in the form of FBI surveillance and blacklisting – for decades. The ACLU defended him in one such instance, and, more than half a century later, we can say that his unwavering conscience and unparalleled contributions have turned him into "one of our dearest national treasures."

Seeger was subpoenaed in 1955 to testify before the infamous House Un-American Activities Committee (HUAC). His commitment to First Amendment protections was so absolute that he alone, among HUAC's many witnesses, refused to assert his Fifth Amendment rights, our constitutional protection from self-incrimination. Instead, he refused to identify personal and professional associations on the grounds that doing so would violate his First Amendment rights:

"I am not going to answer any questions as to my association, my philosophical or religious beliefs or my political beliefs, or how I voted in any election, or any of these private affairs. I think these are very improper questions for any American to be asked, especially under such compulsion as this."

His refusal earned him a conviction for contempt of Congress and a ten-year sentence, though an appeals court ruled the indictment to be flawed and overturned his conviction a year later.

Because he was blacklisted during these years and banned from bigger venues, Seeger performed across the nation in school auditoriums. When he came to San Diego in 1960 to play in a rented Hoover High School auditorium, the San Diego school board insisted that he sign a " loyalty oath" to use the building.

Seeger refused to sign the oath on principle. ACLU Attorneys Irwin Gostin and Lou Katz were contacted on a Friday, and, on Saturday morning, won an injunction against the school district. Seeger attended that hearing with a guitar and banjo in hand, planning to perform as part of his testimony. His attorneys were nervous that the judge, with a reputation for being conservative, would not take well to such testimony, but learned after the decision that Judge Clarence Harden was a big fan of folk music and would have loved it.

Just shy of a half-century later, the San Diego Unified School Board apologized to Pete Seeger for insisting he sign that loyalty oath at a meeting in February 2009. In a resolution that passed that evening, the board offered an apology to "one of our dearest national treasures," declaring that the board "deeply regrets its predecessors' actions."

In a written statement acknowledging the school board's apology, Seeger said, "It is a measure of justice that our right to freedom of expression and association has been vindicated."

Because of Seeger's direct connection with San Diego, we feel the loss profoundly. Seeger served as the founding chair of the Artist Friends of the San Diego ACLU and occasionally surprised us with small, Pete-Seeger-original drawings. Our executive director, along with ACLU Deputy Legal Director Jameel Jaffer, had the pleasure of chopping wood with him at his home – Seeger was 89 and still out-chopped the heck out of both 30-somethings. 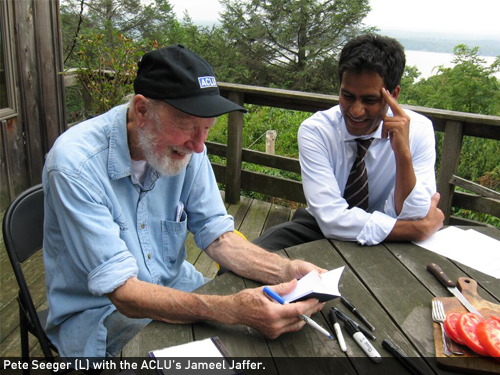 Pete Seeger was born just one year before the ACLU was founded, and his fight is our fight. We'll honor his legacy by continuing the struggle – with the hopes that the day will come when we'll no longer need to. 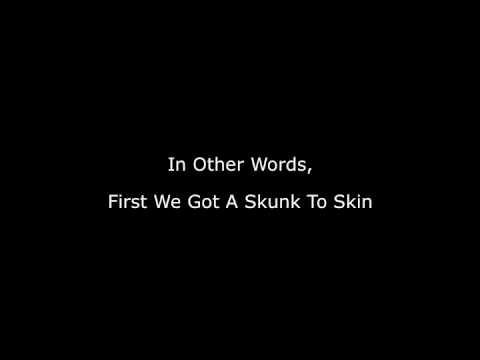 This piece was first posted by the ACLU of San Diego.