Mother's Day is Over - But Pregnancy Discrimination Isn't 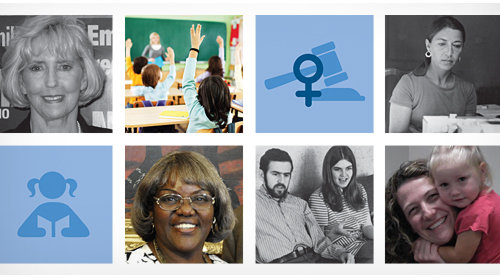 Women make up almost half the workforce today, and, if they become pregnant, most will work throughout their pregnancy. Given this reality, you probably think the stories below are works of a bygone era. Well, you’d be wrong.

Stories like these are all too common, and that’s why we need the Pregnant Workers Fairness Act (PWFA), which was introduced in Congress today.

Despite the passage of the Pregnancy Discrimination Act over 30 years ago, which prohibits discrimination based on pregnancy, childbirth, or related medical conditions, some employers continue to deny pregnant women the minor job modifications that could protect not only a woman’s pregnancy but also a family’s economic security, forcing pregnant women out of their jobs.

The PWFA would make it crystal clear to employers that they can’t treat pregnant women worse than other workers who have certain job limitations and instead must make reasonable accommodations if doing so doesn’t pose an undue hardship on the business.

Even though Mother’s Day is over, do one more thing for your mom and all the other moms out there: call your members of Congress and ask them to co-sponsor the Pregnant Workers Fairness Act today.

You can find the phone number for your representative here and your senators here.

This article was re-posted from The Blog of Rights.