According to a recent story in the Chicago Tribune:

the conservative push in other states to restrict abortion rights hasn't gained much traction in Illinois, largely because Democrats continue to control the General Assembly and Gov. Pat Quinn opposes most restrictions.

The highest-profile measure this spring would require doctors to ask a woman if she would like to view an ultrasound of her unborn child before performing an abortion. The Catholic Conference of Illinois is lobbying hard for the legislation, thinking that the change will discourage women from going through with abortions.

"I'm never going to change someone's mind about the pro-life, pro-choice issue, but to me if this saves one life it's worth it all," said Rep. Brandon Phelps, D-Harrisburg, whose bill won committee approval but remains stalled in the House.

Another measure sponsored by Republican Rep. Darlene Senger of Naperville would require Illinois clinics that perform more than 50 abortions a year to meet the same stricter standards as other medical outpatient surgery clinics. 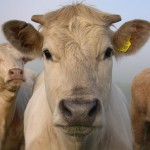 The legislation sailed through the more conservative House Agriculture and Conservation Committee. Opponents wore T-shirts featuring a picture of a cow and the slogan "Women are not livestock" to question why a bill dealing with health issues was being heard there.