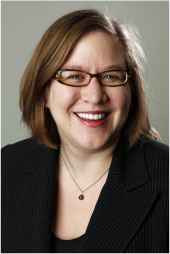 Karen represents the ACLU and its clients in litigation and policy work addressing police accountability and national security, as well as the First Amendment, Fourth Amendment and discrimination claims. Karen is enforcing the ACLU’s agreement with the City of Chicago and Chicago Police Department regarding the police practice of stop and frisk.

Prior to joining the ACLU, Karen worked at Cleary Gottlieb Steen & Hamilton as an associate. She then served as a law clerk for the Honorable David G. Trager of the U.S. District Court for the Eastern District of New York and then practiced at Meites, Mulder, Mollica and Glink, representing plaintiffs in employment discrimination and ERISA litigation. She graduated from Columbia Law School in 2004.